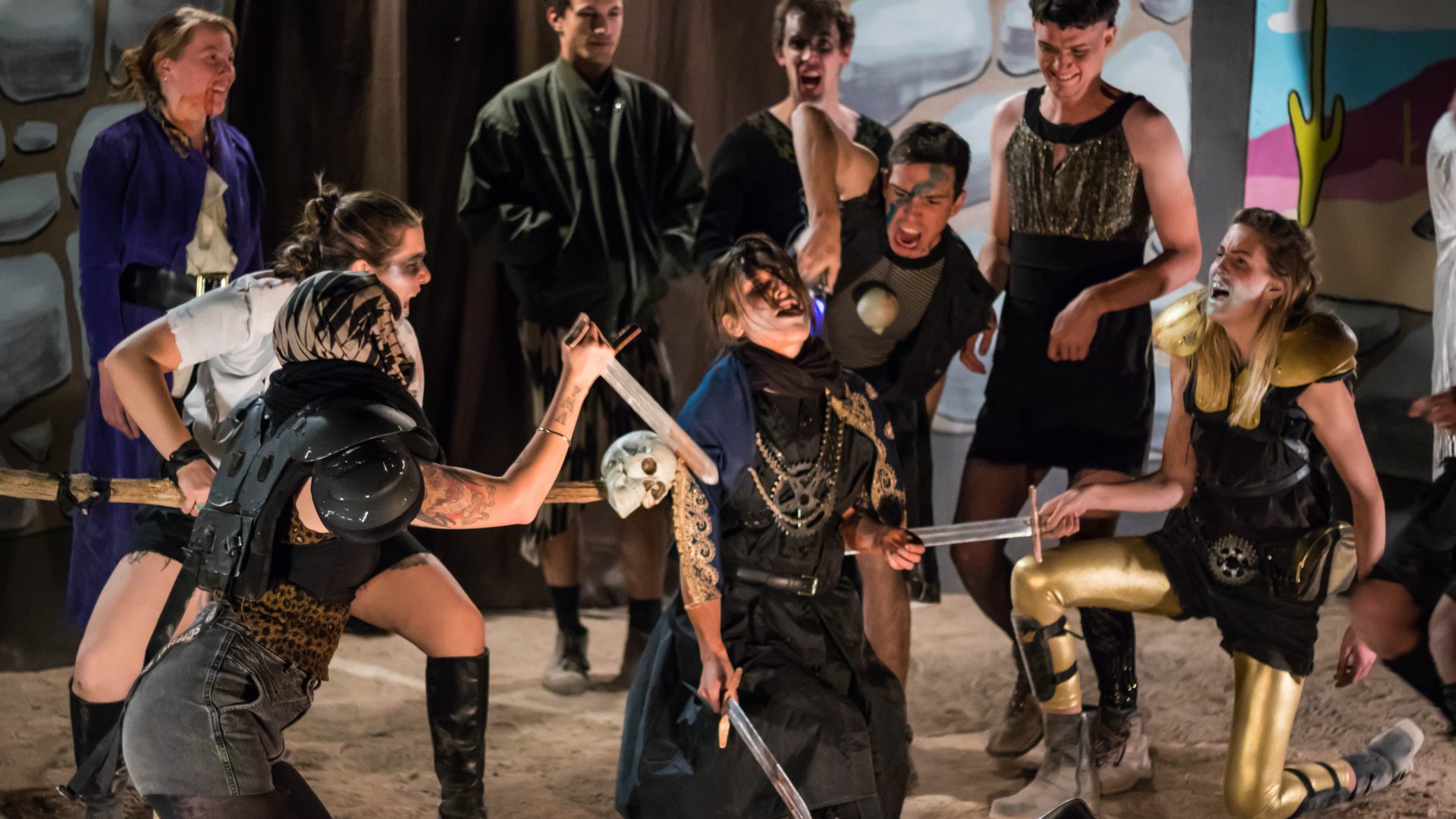 Performed at La Pilita (Tucson), Ajo, and Arivaca in March-April 2018

In the post-apocalyptic remains of Scotland, King Duncan and his son Malcolm await news from the ongoing war for water and gasoline against Norway. They learn that Macbeth, Thane (Earl) of Glamis, led their forces to victory.
Macbeth, returning from battle alongside his friend Banquo, meets three witches, who prophesy that he will be given a new title, Thane of Cawdor, and that he will one day be king of Scotland. They add that his friend Banquo’s descendants shall be future kings – and then the witches disappear. Immediately, messengers from King Duncan arrive to tell Macbeth that he has indeed been named the new Thane of Cawdor, and Macbeth begins to wonder if the kingship could really be within his reach – in spite of King Duncan and his living heir, Malcolm.

When King Duncan comes to visit their castle, Lady Macbeth convinces her husband to murder the king, and Malcolm, fearing for his life, flees to England. Macbeth and Lady Macbeth, now king and queen, embark on a killing spree to secure their power, but they are haunted by the ghosts of their victims, and political threats abound. The prophecy of Banquo’s heirs hangs over them as Fleance, Banquo’s son, escapes their grasp.

Macbeth consults with the witches again, and new prophecies are added: that Macbeth is safe from harm until Birnam Wood, a drought-stricken palm forest, comes to Dunsinane, the site of Macbeth’s castle. Macbeth is safe, the witches tell him, from any man who is “of woman born”. Yet they also tell Macbeth to beware Macduff, the Thane of Fife, who has recently traveled to England to convince Malcolm to fight to take back the throne. Will the prophecies come true, as Macbeth and his queen descend into political paranoia and forces both military and supernatural descend upon them? Is the concentration of power in a monarch a decent way to organize human society?

No Data
Scroll UpScroll Up